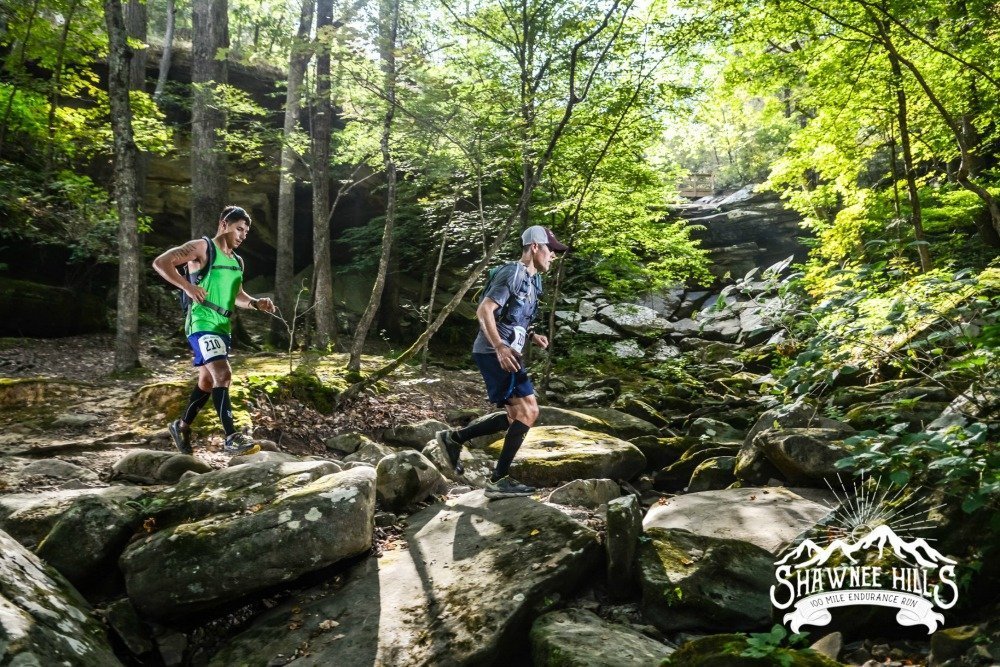 Out on the Edges – The benefits of a Challenge

Why the heck would anyone run a 50k, let-alone a 50k trail run over difficult and at-times dangerous terrain? It’s a question I’ve been asked a few times as I prepared for my first ultra trail run a couple of weeks ago. It’s one thing to love running, but why was I changing it up? I’d run a few road marathons, so why not focus on improving my time? Why take my running off-road while increasing the distance?

I’ve been pondering these questions in the days since I competed in the Shawnee Hills 100m/100k/50k. After all, the training was intense and time-consuming, the run itself was difficult and risky as trails and rocks and streams aren’t always the safest running surfaces, and I’m fairly comfortable at home with my wife and three great daughters. What compelled me to get out there, to push myself harder, to risk failure or injury?

I didn’t start running until I was 36 years old. I ran off and on for a few years until my wife, Brandy—a runner herself who had competed in a couple of half-marathons— encouraged me to run my first 1/2 marathon five years later. I was hooked to the sport from that first race, so I began training regularly with an online coach because I wanted to run a full marathon, and I did—it was a great experience.

Since that time I’ve run a couple of marathons, a few 1/2 marathons, and an entire 5k dressed as the Easter Bunny. I have to admit, I didn’t plan to run the whole race in that hot-as-hell bunny suit, but the looks on the other runners faces as I ran along beside them, my big bunny eyes wide and my ears flopping, spurred me on. Running as a bunny was challenging, but not challenging enough. Neither were the marathons. And not because I’m an adrenaline junky or believe myself to be an elite athlete. I’m neither, but I do believe trail-running has a few benefits that make the risk of injury and the intense training more than worth it.

Trail runs are less peopled. The Shawnee Hills 50k portion of the run had only 39 competitors and 34 finishers. This means that as a runner, I spent more time alone, had more time in my head. There is a meditative aspect to running that is amplified in the woods where everything is green and the breeze rustles through the leaves. At the same time, the small number of other folks on the trail made it imperative for me to create connections with other runners. This helped me to keep track of the trail’s twists and turns and created a safety net.

So back to that question I started with—why the heck would anyone run a 50k trail run?  Sure, connections in a running community, solitude, building attention skills are great answers, and they all contribute to my love of the sport.

But here’s the real reason. Because it’s fun and challenging. Seriously, it is that simple—being comfortable is great, but it can also be limiting. I believe it’s important that we push ourselves out beyond the edges of our comfort zones, that we allow ourselves to be vulnerable, to risk failure. I didn’t know if I could finish a 50k trail run, and I don’t know if I can finish another, but that’s okay. It’s where I want to live at least part of my life, on the wild trail where not-knowing can bring the biggest rewards.