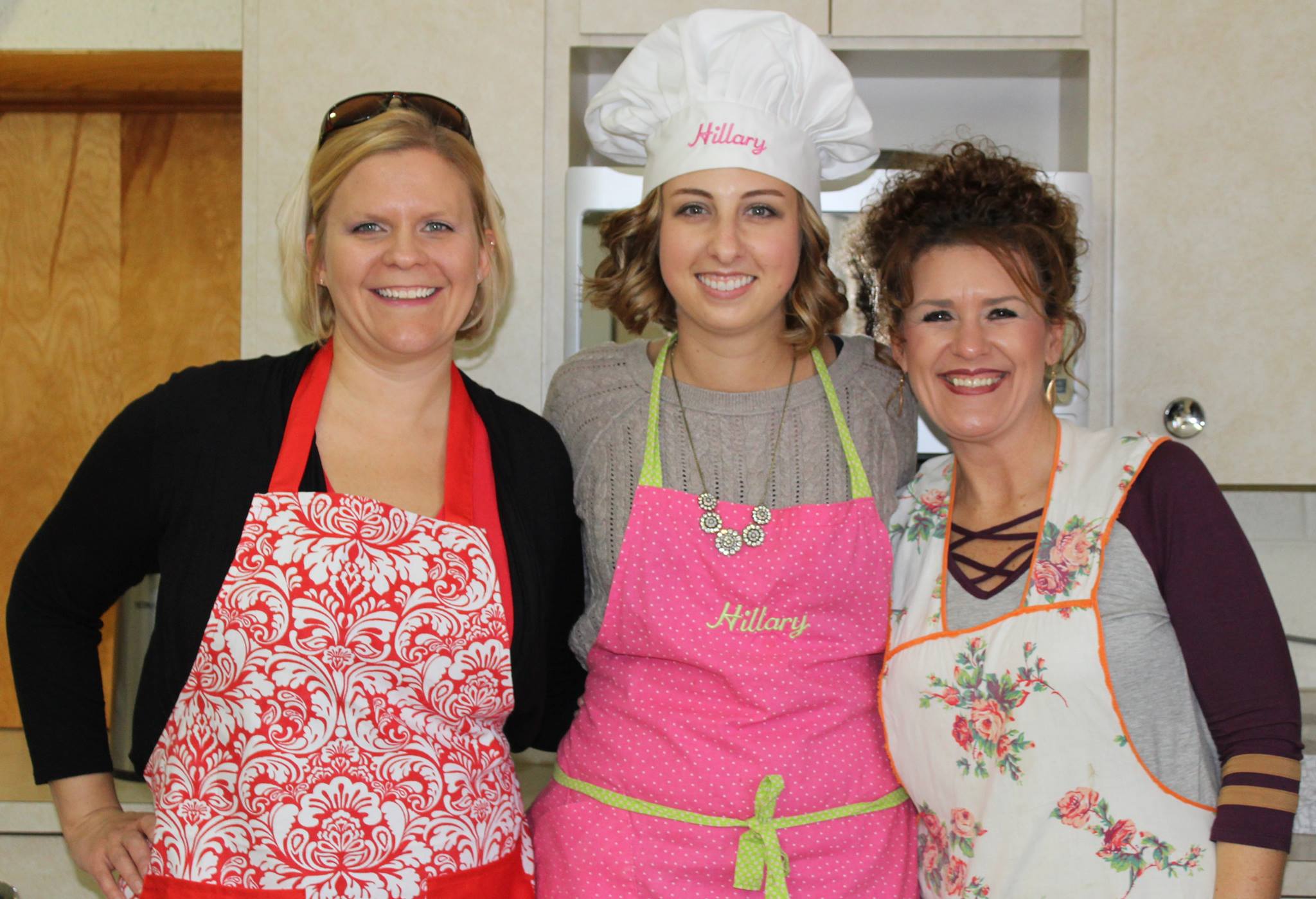 A group of AM Transport employees hosted the RCMS 5th Block after-school program at Elm Street Christian Church for our annual Give Thanksing program on Tuesday. We cooked turkey, green beans, mashed potatoes, stuffing and various pies and desserts for nearly 70 students and 15 adults from the school and church.

The Give Thanksing program was made possible through collaboration between AM Transport, AMT Squirrel Works, Elm Street Christian Church and the RCMS 5th Block program. Hillary Steber was the lucky employee in charge of coordinating the day-long program with planning starting months ago.

“I had to start planning in late September,” Hillary said. “I first reached out to the 5th Block Director to get a date that worked well for them. In years past, we would do it the week after Thanksgiving, but I always felt like Thanksgiving was over and everyone was ready for Christmas at that point. This year we decided to do it the week before to get the kids prepared for Thanksgiving the following week. We also decided to do it at Elm Street Christian Church, which was very convenient for both us and the kids since it was in town.”

To make sure the day went as planned, we pooled together money to gather all the necessary food and then split up in groups to handle the cooking, food prep, serving of the food, and the clean up all while making sure we had necessary coverage at the office.

“I thought it was easier for some people to give a little money instead of having to go grocery shopping or make a turkey or a pie the day of,” Hillary said. “I then asked for volunteers for the day of to help prep and serve the food. After that it was just collecting money and then going shopping. One other change we did this year was grilling the turkeys. We did 7 turkeys on R2BQ and they turned out wonderful! The kids kept talking about how good the turkey was and how it wasn’t dry at all, so that was a win!

We were also able to send 8 boxes of food back with the kids that will be used for a cooking activity this week for the 5th Block program.

“The best part for me was watching the kids come in and seeing how excited they were,” Hillary said. “I loved watching them fill their plates and just knowing we were able to provide that for them was a great feeling.  I was pleasantly surprised at how many kids like pumpkin pie! Sometimes their taste buds will surprise you! All the kids were so good and polite (as they are every year)!”

The day was a complete success, and we are already looking ahead to Give Thanksing 2018!