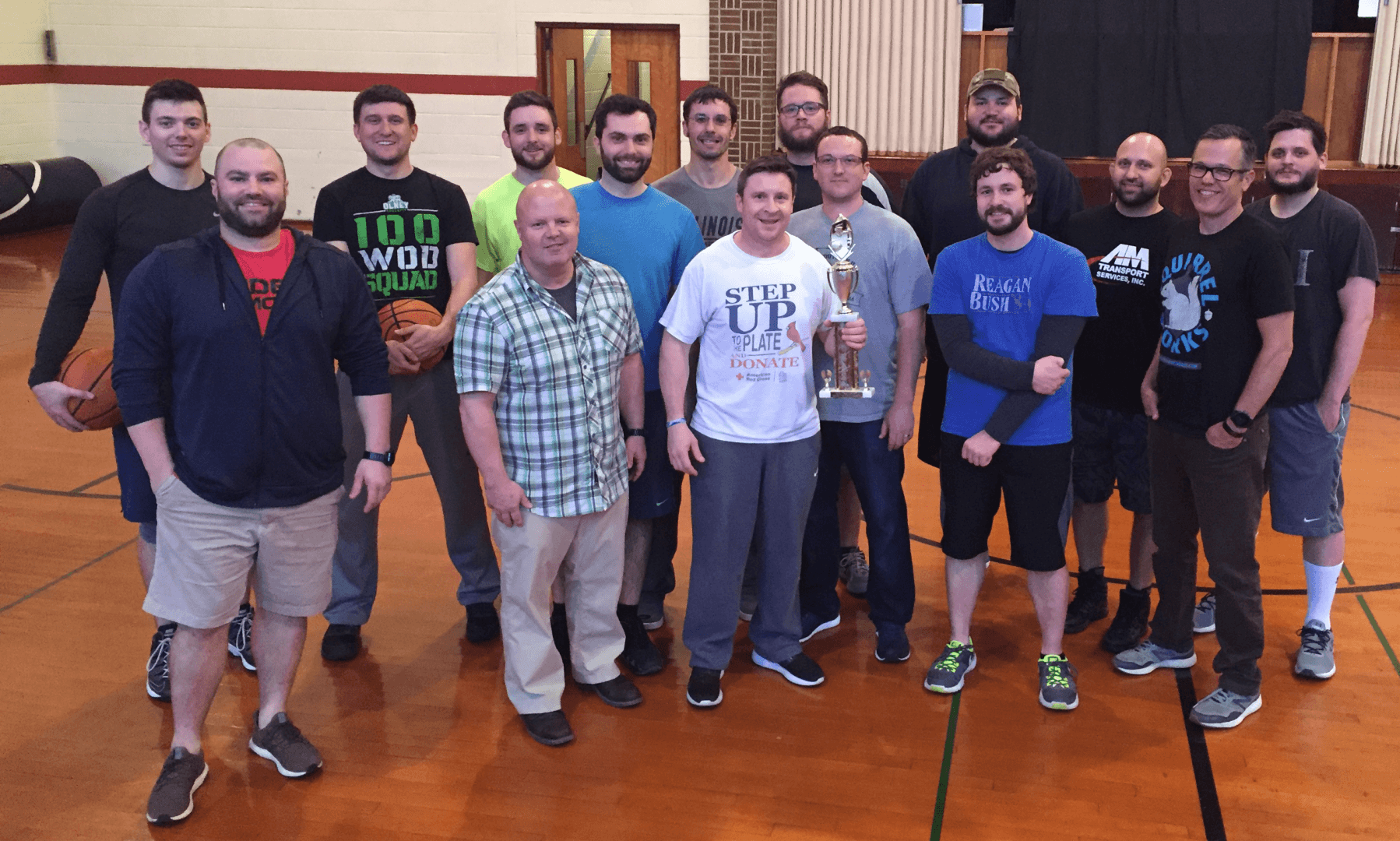 March Madness is winding down as fans across the country prepare for the Final Four this weekend. Kansas, Villanova, and Michigan make up the remaining bluebloods in the field, and Loyola Chicago is playing the role of Cinderella as they – along with Sister Jean – have captured the nation’s heart leading up to the championship game on Monday night.

The basketball-loving group that makes up AM Transport couldn’t wait for the weekend games and decided to hit the hardwood with a March Madness Shootout of our own to crown our 2018 champion.

Sixteen AM Transport employees took to the court, and our own Cinderella story emerged victorious when it was all said and done. The high-seeded participants fell early and often, and the championship showdown featured a matchup between No. 10 seed Jimi “Call me Steph Curry” Fehrenbacher and No. 11 seed Jesse “The Commish” Baker.

Leading up to the championship game, Jesse put on a shooting clinic that was highlighted by a shootout-best 36 points in his second round matchup by knocking down nine three-pointers (worth 4 points) in 30 seconds. Jimi matched Jesse shot for shot over the course of the night but ultimately saved his best for when it mattered most and edged Jesse 32-24 in the championship round to claim the 2018 AM Transport March Madness Championship trophy. Congratulations, Jimi!