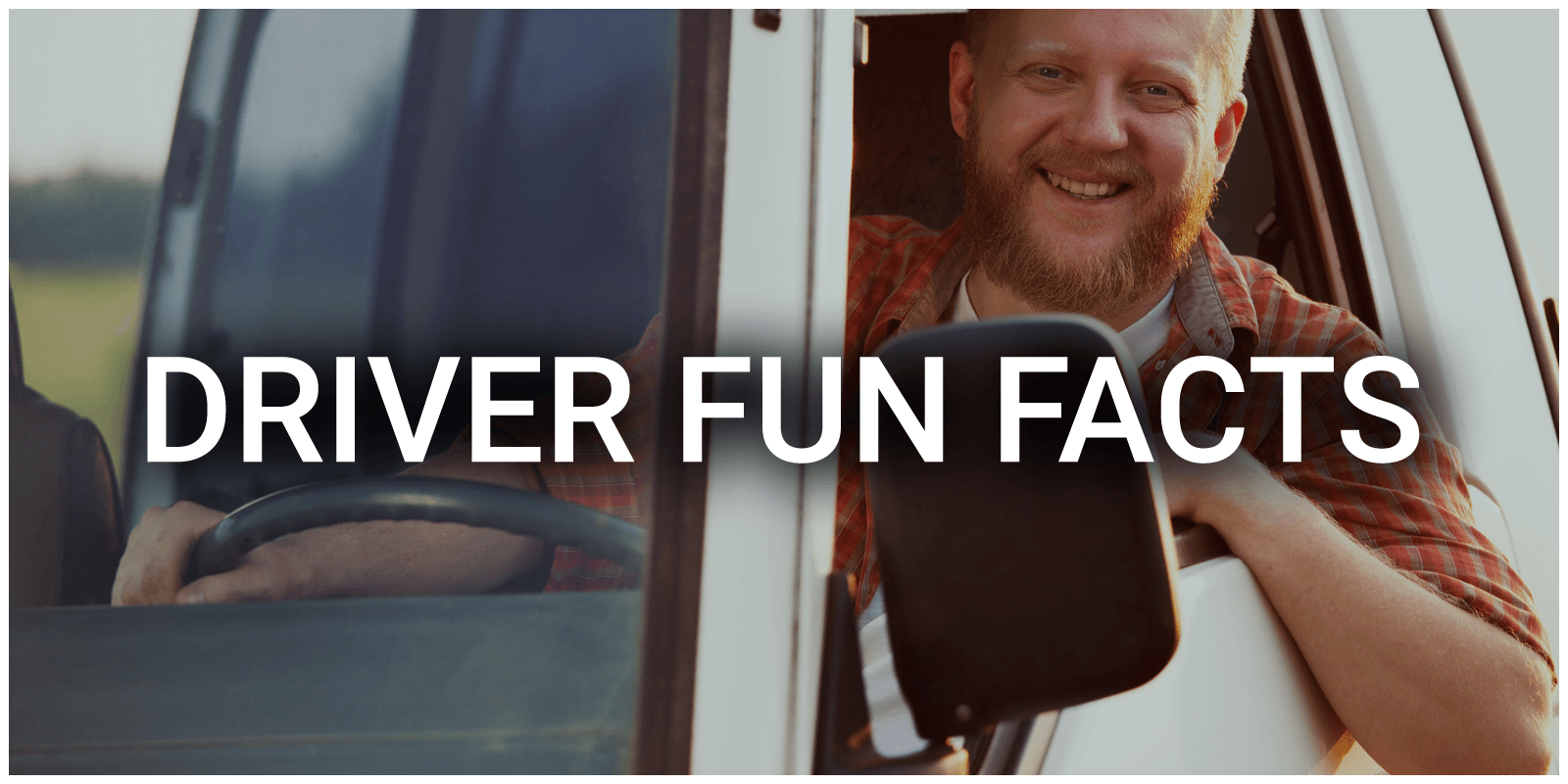 Know Your Drivers: A Few Facts!

Did you know that nearly 71% of all freight transported in the United States is transported by trucks? According to the ATA (American Trucking Association), the 10.55 billions of freight annually moved by trucks requires over 3.68 million heavy-duty Class 8 trucks, 398 billion gallons of diesel fuel, and over 3.5 million truck drivers.

Big numbers, huh! What would the United States do without the trucking industry? It’s a good question. In fact, it’s a question lots of experts are asking during these days of tight capacity exacerbated by a continually increasing shortage of truck drivers.

Here at AMT, we understand just how important carriers and their drivers are because we’ve been working with the best for nearly 30 years. That’s why we thought it might be fun to share some fun and interesting facts about the transportation industry with a focus on truck drivers because without drivers, where would we be?

Let’s break those numbers down a little more:

The American Trucking Association (ATA) estimates a driver shortage of about 50,000 and projects that without some proactive change, that number could rise to 175,000 by 2026. If you think capacity is tight now, try that number on for size!

There are many reasons for the driver shortage–quality of life on the road, health problems, stagnant pay, and an aging workforce. The average driver today is 55-years old. Nothing wrong with 55-year old drivers except that they might want to retire one day! That’s why the American Trucking Research Institute suggests the industry needs to attract younger drivers and is working on a recruitment and assessment tool that would identify such drivers.

What about the Fun Facts?

No, we didn’t forget about the fun facts. Just thought it might be a good idea to share some of the demographics that contribute to the shortage. The truth is that truck drivers work long, hard hours for a median salary of about $44,000 a year. Higher pay or perhaps a restructuring of the way drivers are paid could go a long way towards mitigating the shortage.

Okay, Here Are the Fun Facts!

Let’s go back to the top! 71% of all goods in the United States are transported by trucks. Trucks need drivers and the industry is short the number of drivers needed to keep up with the freight. The transportation industry needs more drivers and it needs them yesterday.

What does this mean for smart shippers?

The experts at AMT, have been working with the best carriers for nearly 30 years, so we have a deep appreciation for drivers and their lives. That’s why our customers are considered enlightened shippers. Enlightened shippers know how to keep drivers happy by paying fast and accurately, eliminating detention, providing parking solutions when possible, and offering driver amenities. It’s about creating and cultivating good relationships!

Here at AMT, that’s what we do! We are committed to the relationships we have cultivated over the past 30 years because relationships matter! When shippers or carriers partner with AMT, they reap the benefits of those relationships. Every day!