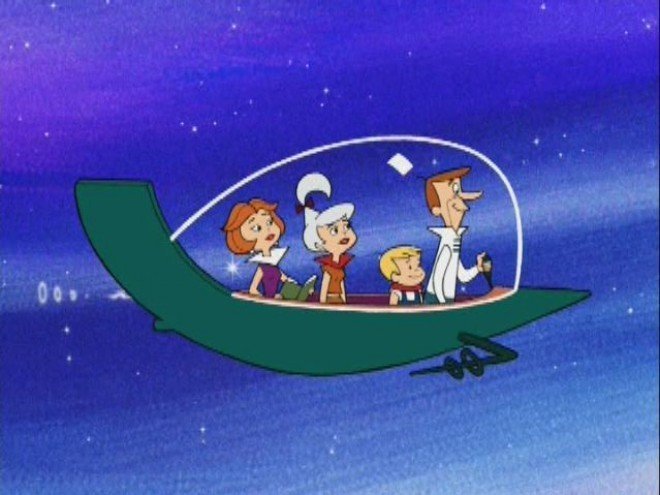 Autonomous Technology: Not what George Jetson Had in Mind!

Do you remember The Jetsons? Here at AM Transport a few of us remember the futuristic cartoon, set in 2062, that premiered in 1962 and had a revival in the late 80s. For folks of a certain age, George Jetson and his clan lived in a technological utopia where video chat was the norm. 2062 seemed a long way off.

But here we are in 2018, video-chatting to our hearts’ content. And while no one is driving in little bubble-topped space cars like the one George Jetson drove to his three-hour a day job, the way we get from here to there and the way our goods travel through the supply chain is changing at a rapid pace!

Platooning is right around the corner and is the first mile on the road to autonomous trucks hitting our highways. What do you know about driverless trucks? And how ready are we for this exciting and potentially disrupting technology?

Did you know that self-driving technology is already here? Back in 2016, Otto–a startup purchased by Uber–used a driverless truck, traveling a 120 mile route in Colorado, to deliver 51,744 cans of Budweiser. And while the truck was surrounded by four Colorado state patrol cars and three other vehicles from Otto, it worked.

More recently, in Arizona, Uber has been using self-driving trucks on public roads by using transfer hubs. In this instance, a conventional truck, with a human driver, travels in the city and on more difficult routes for both pick up and delivery, and then transfers to an autonomous truck for highway driving.

The Arizona autonomous truck program came to a halt in March of 2018 when a woman was killed in Tempe, AZ by one of Uber’s autonomous but driver-manned cars. The jury is still out on the long-term effects this accident will have on the future of further testing and/or the implementation of the technology for wider use.

What about drivers? Most experts do not believe automated technology is going to replace drivers anytime in the near future, if ever. In fact, Chris Spear, CEO of the American Trucking Associations, said that possibility of driverless trucks in the near future is “absolutely ludicrous.” At the same time, legislators are likely to be squeamish about the required laws due to concerns about the impact of robotics, driver job loss, and safety.

Yes, autonomous technology–driver assist systems such as emergency braking, lane keeping, and adaptive cruise control–is happening step by step, but truly driverless trucks are not coming to highways any time soon. Any bets on 2062?