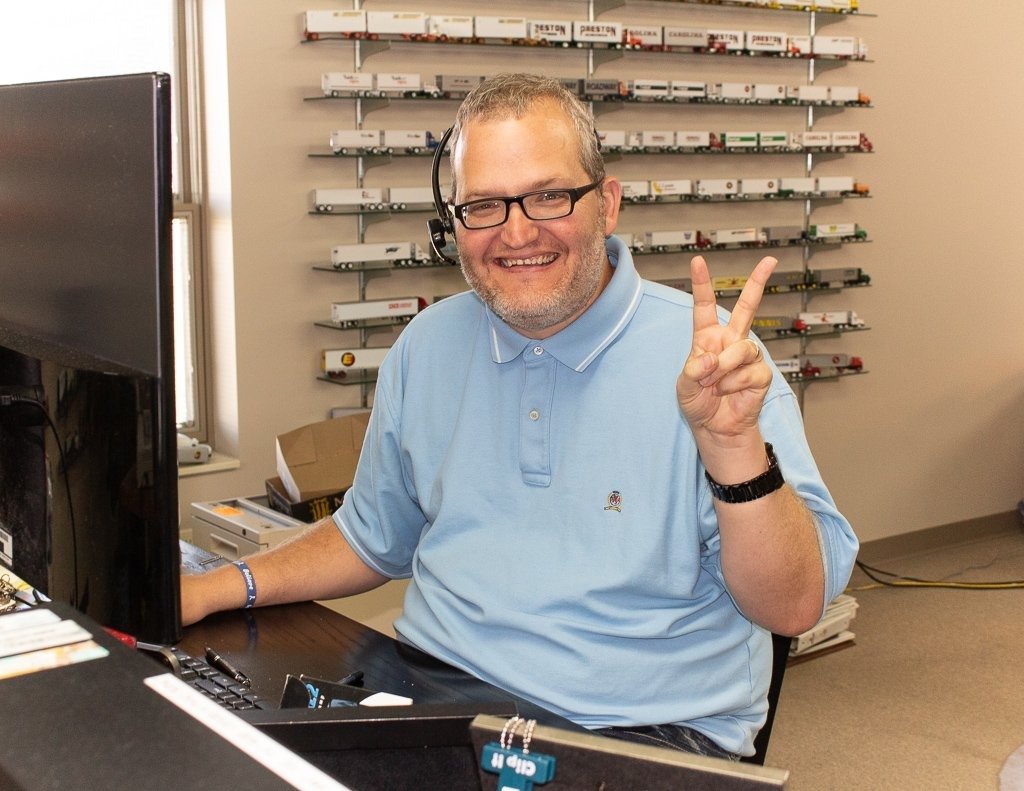 Moose isn’t gone. While John’s afternoons now belong to the residents of The Katharina and Minnie Weber Long Term Care Unit at Carle Richland Memorial Hospital, you can still reach him at AM Transport from 6AM-11AM Monday-Friday!

has long been important to John who as a highschool student often visited residents living in several community nursing homes. Anyone who’s ever talked to John on the phone or in-person knows he is a people person. So when this volunteering opportunity came up, John jumped on it.

One of AM Transport’s core principles

And John loves it. “I’ve always liked talking to people,” John said, “but having three hours at the hospital every day gives me enough time to really get to know people.”

So what’s an afternoon at The Katharina and Minnie Weber Long Term Care Unit like for Moose?

“I have lunch with a different person every day,” John explained.

After that, he likes to take someone outside. He’s had a blast doing that. “My new friends are so appreciative when we go outside and sit in the gazebo and just talk.”

He typically visits with three to five people in a regular afternoon. “We sometimes forget how important it is just to listen to people,” John said. “Most of the people I visit with are just so happy to see me when I get there.”

And has he learned anything new?

“Life is too short!”

John’s been volunteering since the middle of June, and because the resident population of the unit is elderly, he’s already lost a couple of new friends. “That part is hard,” Moose admitted, “you just get to know someone and then they’re gone. I guess I just have to be glad that I got the chance to know them!”

And while John loves his new gig,

he still likes hearing from his old transportation friends during his mornings at AM Transport! “I kind of have the best of both worlds,” John said.

We think so too!