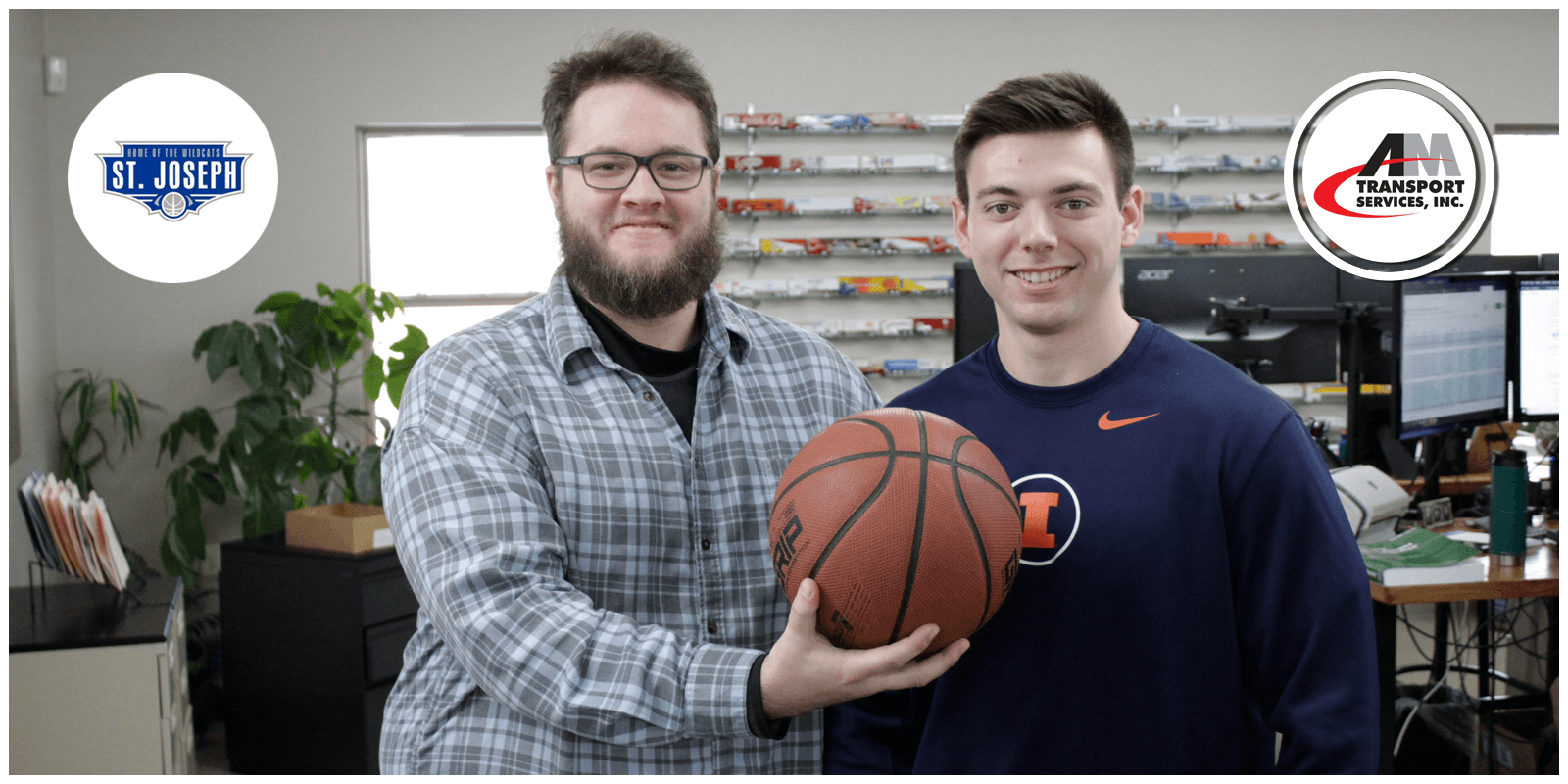 Jesse Baker and Chad Martin are great friends. When they’re not working together here at AM Transport, they’re usually up to something fun, like spending the weekend at the Kentucky Derby or taking a spur-of-the-moment trip to Nashville.

But lately the majority of their weekends and spare time has been dedicated to the basketball court, and no, it’s not because they’re playing.

Jesse and Chad were quick to admit how much they enjoy coaching.

“I loved seeing the kids develops their skills and confidence,” Jesse said. “It’s great to see their chemistry grow when they’re working well together.”

“My favorite part of coaching is being able to still be competitive in basketball, but just in a different way and seeing the kids grow and improve throughout the season,” he said.

Both coaches enjoyed a number of memorable moments, but a few particular memories stood out.

“During our first championship game in the diocesan tournament, one of our girls got clotheslined,” Jesse said. “Luckily, she is tough as nails—maybe a little too tough. She got right back up and approached the girl who did it, who also happened to have about four inches and 50 pounds on her, did a fake punch and said ‘I’m going to take you down’. I loved the tenacity, even though her choice or words might not have been the best. But hey, that was our only technical foul this season.”

“My most memorable part of the season was the final game of the diocesan tournament in Belleville, Illinois,” he said. “Even though we didn’t win, we came back from 15 points down and had a couple free throw attempts to try and win the game. They didn’t go in, but the kids fought hard and played some of the best basketball we’ve seen them play.”

When asked if he learned anything from coaching this season, Jesse’s answer was somewhat surprising, but enlightening at that.

“You can never have enough food for the celebrations, they just devour everything.” Jesse said.

Chad’s response was a great reflection of his personality and boisterous appetite, as he stated, “Pizza rolls are a great motivator.”

And the best part of it all? Jesse and Chad both plan on coaching again next year.

Here at A.M. Transport, we have four key values that Jesse and Chad are both exhibiting through their commitment to coaching and volunteering.

Thanks guys, we’re proud of you! I think you’ve both earned a trip to Nashville.