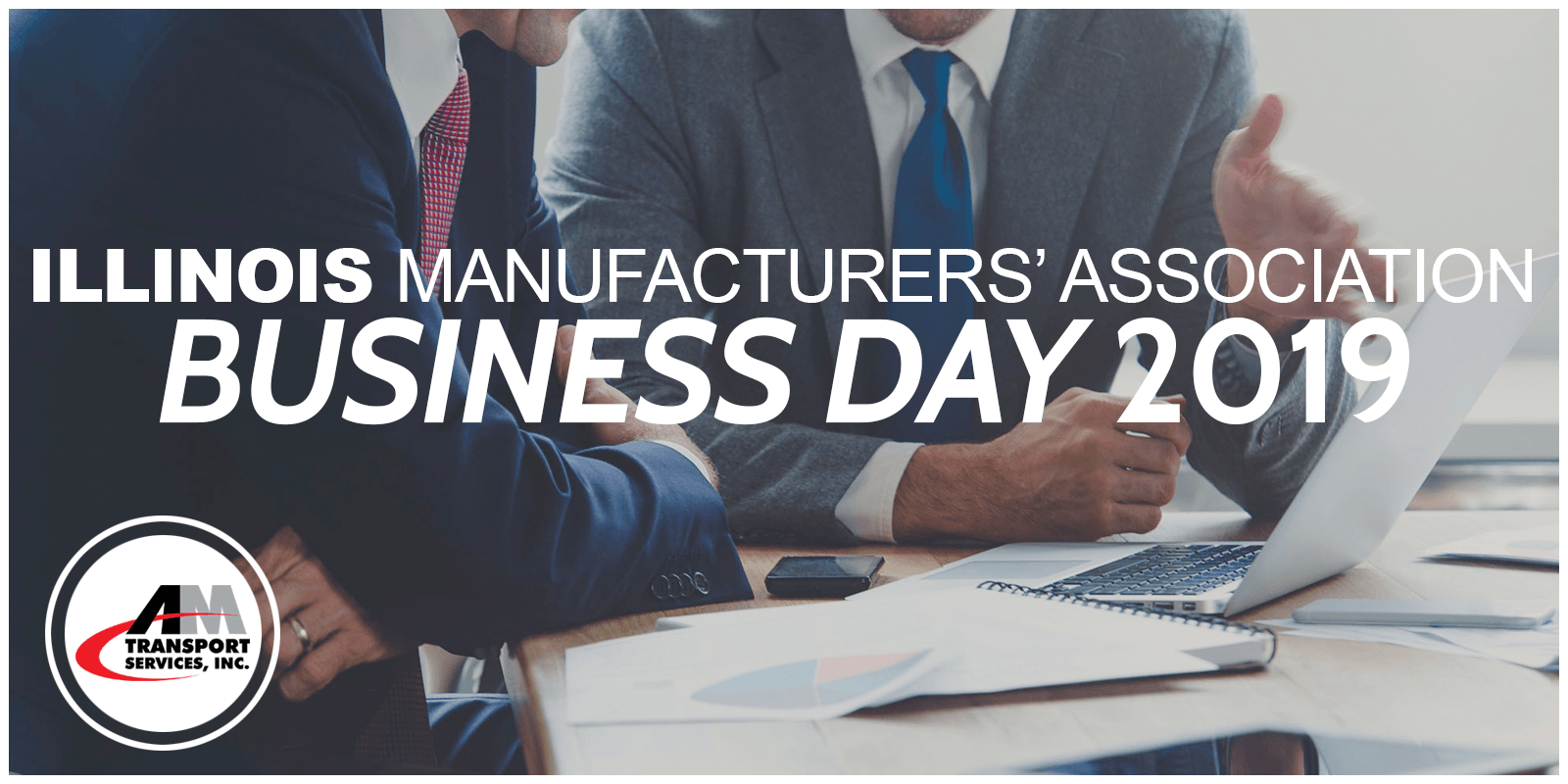 Notes from the IMA Business Day 2019

Where do you find some of the best, most innovative manufacturers in the state of Illinois? At the Illinois Manufacturers’ Association Business Day 2019, of course. This years’ event was held on May 1, at the Doubletree Hilton in Springfield. And AMT’s Heath Houchin was in attendance for the lively day.

The conference began with a keynote speech by Governor JB Pritzker followed by lunch. As Heath glanced around the room, he realized he was the youngest person in attendance by a good 25 years, if not more. We’re glad Heath was able to lower the median age in the room.

Members had lots to say about recreational marijuana, worried about the various rules and employment practices that might have to be changed if Illinois joins the District of Columbia and 10 states in legalizing marijuana for recreational use by citizens. Illinois already has a medical marijuana law in place, but the proposed bill would allow citizens over the age of 21 to possess up to 30 grams of cannabis. Heath explained that the biggest concerns had to do with making sure decent rules were in place. For example, until a Federal law legalizing marijuana is passed, it will remain easier for business to have a 0% tolerance policy for marijuana use. As for those of us in the logistics business–marijuana would continue to be illegal to smoke while carrying your CDL.

As for the graduated income tax. That’s a no-brainer with the members of the association. Across the board, folks were aggravated with the idea of paying even more taxes. The presenters conceded the fact that no one wants to pay more taxes but explained that in order for the state to turn things around without borrowing more money, this is the best way to go. Heath said that this session was fueled by strong opinions with manufacturers insisting that this new tax would make it harder than ever to recruit new companies into Illinois.

Late afternoon, the group had the opportunity to lobby legislators. The IMA provided a list of dos and don’ts so members could utilize their time in the best possible way. Heath had a good time seeing the Capitol while talking to and meeting new members.

The Gala Reception lasted from 5:00 to 8:00–with good food, cold beverages, and lots of interesting conversations to top off a great day. “It was nice to meet new people and network with everyone,” Heath said about his first IMA event, “but I wish more people would have stayed the entire day. Half the people left by 2:45, and by the time the gala rolled around only a fourth were left.”

He’ll be back next year!