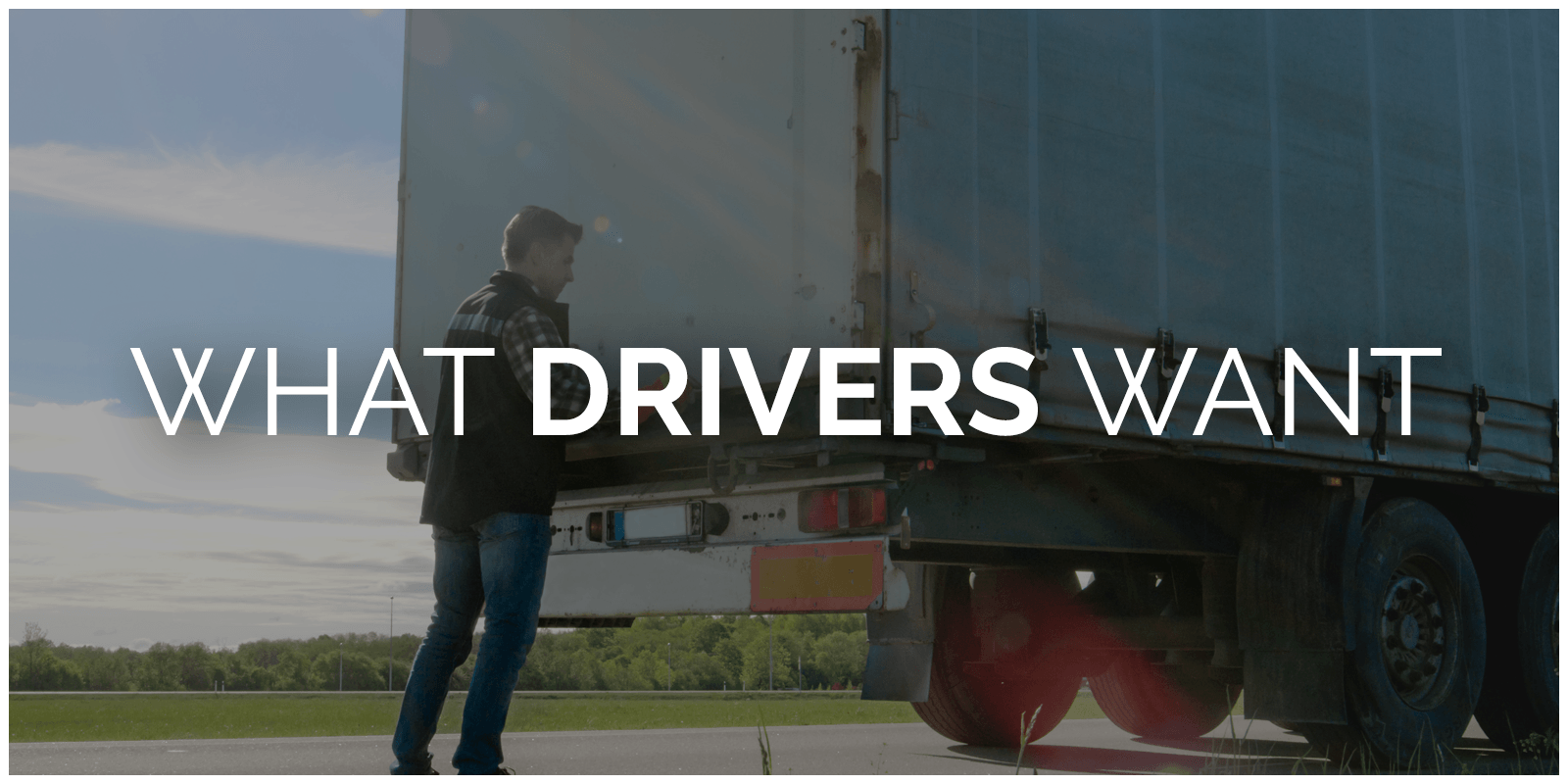 Driver retention numbers for large truckload carriers continue to see-saw from a whopping 98% in 2017 to a milder but still high 87% early in 2019. As is typical, retention numbers are a little better for smaller carriers holding steady at 72%. And while these numbers are staying pretty steady into 2019, carriers continue to experiment with incentives–home-time, bonuses, benefit packages–to keep drivers happy and on the road.

In survey after survey, drivers rank home-time as one of the most important factors in their decision to stay on the job. Unsurprisingly, home-time is pretty important in most occupations. Last week, I had a chance to discuss the importance of home-time with a friendly and long-time driver from Minnesota named Lee.

Lee called Friday during the late afternoon/early evening hours. He’d been working against some pretty bad odds to make it to his delivery. Late afternoon deliveries in highly congested areas send us a lot of calls like this one. But Fridays are a little more urgent because drivers might be headed towards home. And unlike most of us, they’ve probably not been home for at least a week (sometimes two). If you keep that in mind it’s pretty easy to understand why unloading these drivers should be a high priority for all of us.

Lee’s story was pretty typical in the driving world. He’d been held up at his previous delivery, so he was behind getting loaded. Then the traffic in Minneapolis was exceptionally heavy Friday afternoon. I’d recently been to the Twin Cities, so I could empathize with Lee’s frustration with the construction and the resulting congestion. But he was polite and wasn’t looking to blame anyone for his situation. He explained that when he arrived at the receiver he saw the receiving manager point at his watch and shake his head NO–it’s a pretty familiar sight for drivers arriving at receivers near closing time.

Lee called hoping we might be able to convince someone to stick around and get him unloaded, so he could be on his way. It was late Friday, so the odds weren’t good, but I promised to make some calls to see if I could help. Well, it turned out that no one was going to stay late to get Lee unloaded. In fairness to the receiver, they had waited almost an hour to give Lee a chance because he had let them know about the delay much earlier in the day, but it was too late–they were going home. We worked out a delivery situation for the next day, and I called Lee back.

I talk to aggravated drivers, frustrated shippers, and ill-tempered receivers all the time. It’s the nature of the business–we are all trying to get freight from here to there on-time and in good condition. But Lee wasn’t angry or frustrated. He was exceptionally polite, explaining to me that he was just lucky he was close to home for his 35th wedding anniversary which was Saturday. It was good talking to Lee about the significance of those 35 years and how much he wanted to mark the occasion with his wife. Fortunately we were able to come up with a solution that got Lee home Saturday to celebrate the special day.

Here at AMT, the team and I discussed how hard it must be for drivers who often miss life events because they are on the road. It’s easy to forget how lucky we are to be home for the things we don’t want to miss. Lee, in his own words, was just happy to be “close to home” for his 35th anniversary. For a younger driver it might be a child’s t-ball game, dance recital, or first communion. And drivers want to be home for the tough stuff too–the unexplained fevers, broken bones, or run-of-the-mill disappointments.

The truth is that lots of folks in the supply chain don’t realize the impact they have on drivers and their lives. Here at AM Transport, we’ve experienced it over and over and it impacts the decisions we make. Sometimes, like in Lee’s case, we can’t work it out perfectly, but we can come up with something that makes a difference. And we always understand how much it means that we try. We never forget that drivers are the lifeblood of the transportation industry. Keeping in mind how important home-time is to drivers is both the right thing to do and imperative to a robust economy!

Here’s to Lee and his wife on 35 years of marriage with hopes for 35 years more.