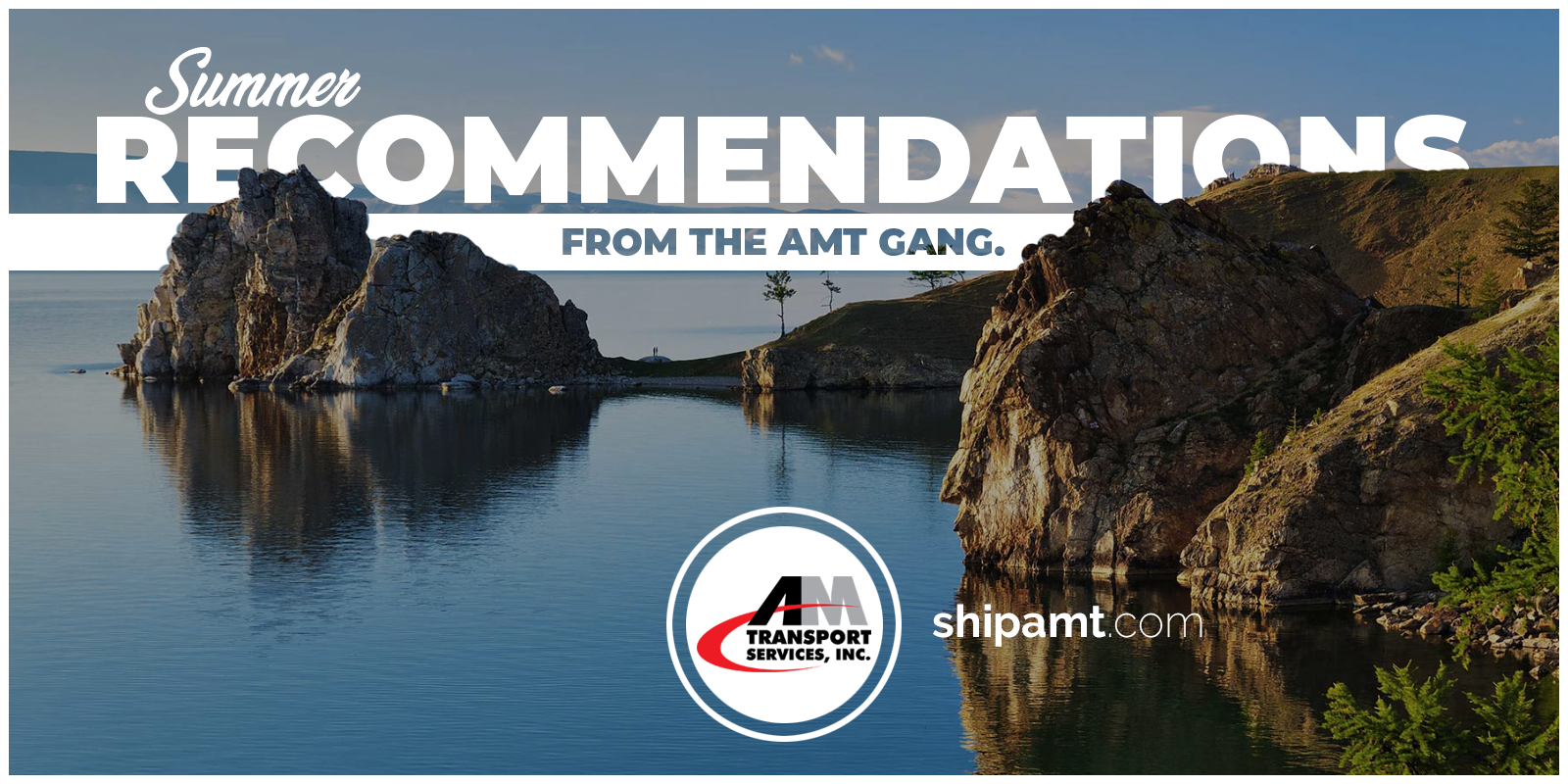 Recommendations to Round Out the Summer

Summer seems to be winding down a bit although it remains hotter than ever in southern Illinois. It’s hard to believe that before we know it red and yellow and purple leaves will be falling from the trees; the hoodies will come out of the closet again; and bare limbs will be draped with toilet paper (my least favorite autumn sight).

But right now, we’re still in the thick of the dog days of summer, so it’s a great time for the team at AMT to make a few recommendations. With movie theaters still closed, we’ve been reading, listening to new podcasts, and watching a little television too. We’ll add the books to our Amazon site. Make sure you bookmark it, so you always have a go-to for good books.

Recommendations from the Team

You might remember from last week’s Meet the Team that Jakob hasn’t read a book since high school. But he does like a good podcast and this one in particular because they discuss cameras and film–two of Jakob’s big interests.

The show is a drama about an MMA family in LA trying to become elite fighters while struggling with everyday issues like family, money, etc.

If you’ve never watched The Office, you’re in for a treat. Steve Carrell and crew are funny and almost painfully human.

Heath Houchin: Baby (no really–Heath and his wife have a new baby in the home)

Currently, I listen to a crying baby and need to get back on podcasts.

The book gives a pretty interesting perspective on the actions of people who were able to find success during their lifetimes.

Erik Jensen: The Splendid and the Vile: A Saga of Churchill, Family, and Defiance During the Blitz by Erik Larsen

If you’re looking for an enjoyable read about an incredibly interesting and fascinating leader, check this one out. For some reason, I’ve always kept my distance from books and stories about Winston Churchill because I had the misguided opinion that he was “boring” and boy, was I missing out. His charisma has absolutely captured my attention, and I look forward to reading more about him in the future. I mean, what’s not to like about a great leader who drinks all the time while writing some of the most inspiring political speeches we’re ever heard?

David Abell: Fortitude: American Resilience in the Era of Outrage by Dan Crenshaw and The Last Dance (documentary) on Netflix.

Crenshaw’s book is a great reminder to be resilient and take ownership of your own actions.

Typically, I’m not a sports fan, but this documentary series brought back a lot of childhood nostalgia. It also showed a side to Michael Jordan that a lot of people didn’t know existed.

Yellowstone is a western drama about a family and the obstacles of keeping their large scale ranch running.

I enjoy books in the historical fiction genre, and this one doesn’t disappoint. It tells the story of the Battle of Thermopylae where 300 Spartans defended Greece for 6 days against the Persian invasion. I found the in-depth look at Spartan training and philosophy really interesting.

I don’t really listen to podcasts unless driving on a long trip. But when I do listen it’s Snap Judgment which I like because the delivery keeps a good pace that tells a good story without becoming long-winded as many podcasts tend to get.

Colby Shawver: The Book of Signs by Dr. David Jeremiah

I find this book interesting as it talks about the prophecies from the Bible.

I’m currently watching this show which is about a family’s struggle to run their bar.

Justin Hatten: The Back Roads to March: The Unsung, Unheralded and Unknown Heroes of a College Basketball Season by John Feinstein.

It’s a book about mid-major teams and their journeys toward March Madness as they try to punch a ticket into the NCAA Tournament.

Specifically, the episode called The Celtic Holocaust. It is Dan’s telling of Julius Caesar’s POV on his Germanic conquests.

When the pandemic first hit, my family and I gorged on pandemic movies, and a friend told me I should read Station Eleven. She was right. It’s so good. The Georgia flu hits the world and if you get it, you’re dead within hours. Very few people survive, and this book (while it follows many characters alive and dead) is about survival and the human spirit.

We’d love to hear from you. What are you reading, listening to, or watching? And don’t forget to check out our Amazon page for more recommendations and ideas.