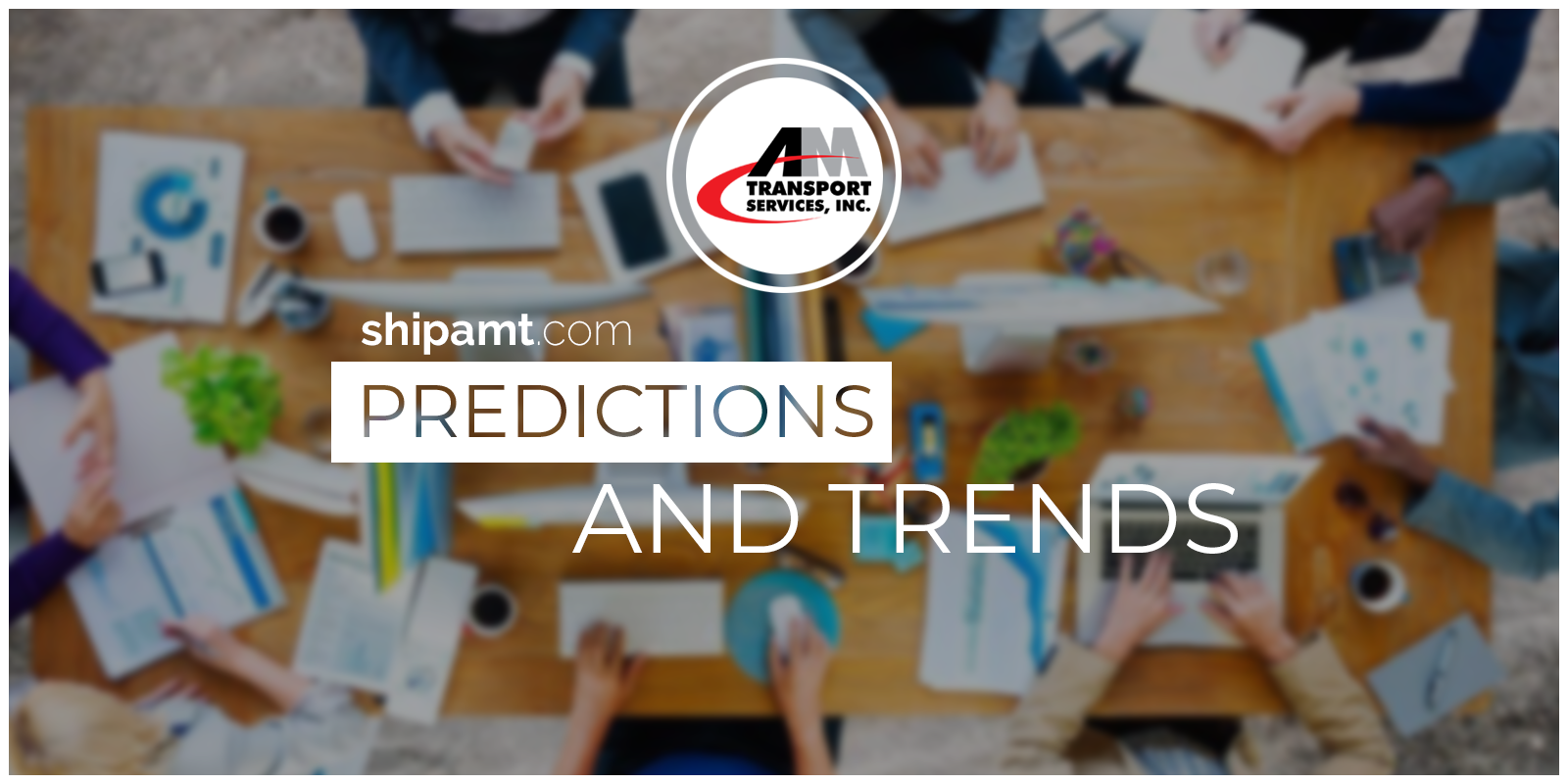 Looking back and looking ahead: Predictions and Trends 2020/2021

Win-win is a belief in the Third Alternative. It’s not your way or my way; it’s a better way, a higher way.
~Stephen R. Covey~

2020 has been a whirlwind for any number of reasons including a global pandemic and a bruising US presidential election which have contributed to continuing uncertainty.

In logistics we refer to the ups and downs of the market as “which way the pendulum swings.” Very rarely is the freight market at anything approaching equilibrium. Based on supply and demand, the fluctuations are nothing new and haven’t changed greatly in the last 30 years.

What has changed, however, is the length of time it takes for the pendulum to swing. Historically, it would take years to tip the scales, but that time has shortened to mere months in recent years, and 2020 is a great example of this new paradigm.

Let’s take a look at what happened. In the pandemic’s early days, demand came to a near standstill as manufacturers went off line to take precautionary measures to decrease the spread of Covid-19. Trucking companies saw rates plummet overnight as the need for their services paused.

You might remember at the height of this, independent owner operators were protesting for more transparency in front of the White House because rates had fallen so precipitously.

Largely because of the CARES Act, we witnessed some relief in increased unemployment benefits. This allowed companies to furlough drivers and other important workers during the slowdown. The government stimulus checks coupled with advancements in treatment and a greater understanding of Covid-19, helped manufacturing facilities head back to work. This boosted consumer confidence.

By mid-summer, manufacturers were ramping up production more quickly than truck capacity could rebound. As virus rates began a decline, many people believed we were out of the woods. The pendulum continued to swing widely in the direction of increased need for truck capacity. This coupled with Chinese manufacturers sending a backlog of container ships to the United States  created a surge in demand.

This is where we find ourselves today as we near the end of the year. Simply put, there is not enough truck capacity to meet the demand. As a result, truckload rates continue to break records. As you know, in order to get your shipments moved, you are required to pay higher rates.

While this isn’t the first or last time the pendulum has or will swing, this spike is interesting for a couple of reasons. The rate at which truckload prices sank and then sharply increased have many in the industry uncertain and unwilling to predict what the future will hold.

Historically, when we see this sort of spike in demand, trucking companies interpret it as a sign to expand their fleets and they purchase new equipment. Ultimately, this uptick in purchases saturates the market and drives rates back down.

Interestingly, carriers are not rushing to place new truck orders. This is likely due to the long-term economic effects of the pandemic coupled with a wait-and-see attitude as to whether or not the Federal government will legislate new stimulus packages for individuals and companies. With so much uncertainty, people and companies are wary of making any big moves.

The question on everyone’s mind is: What are rates going to look like in 2021?

Unfortunately, we can’t know for sure, but here at AM Transport, we do not foresee falling rates anytime soon.

We believe rates will remain higher than usual for at least the next 6 months due to the following factors.

Taking into account the above five factors, we do not see a scenario where rates will go down significantly in the near future unless we see a dramatic uptick in Covid-19 cases causing another shutdown. For everyone’s sake, I am hopeful that this will not happen, and that with the vaccine and its distribution, we are heading into calmer territory.

My advice to shippers is to accept, for now, the higher rates. At the same time, have open and honest conversations with your providers. See if you can lock in dynamic pricing and ask about shipping practices you could improve to lower friction and obtain lower rates.

For carriers, you should use this time to build relationships with both brokers and shippers. These relationships will sustain you throughout the next pendulum swing (there will be one, I guarantee it). Think strategically and long-term about your business. Logistics is a relationship-based industry, and if you take care of your customers now, they will take care of you later.

I started this article with a quote from Stephen R. Covey from his still-relevant-today book, The 7 Habits of Highly Effective People. Win-win is a philosophy based on the idea that we work together to achieve the best outcomes for all parties. At AM Transport Services, we have been operating under the principle for 30 years. Now is the time to solidify our (and your) work to create win/wins in all situations.