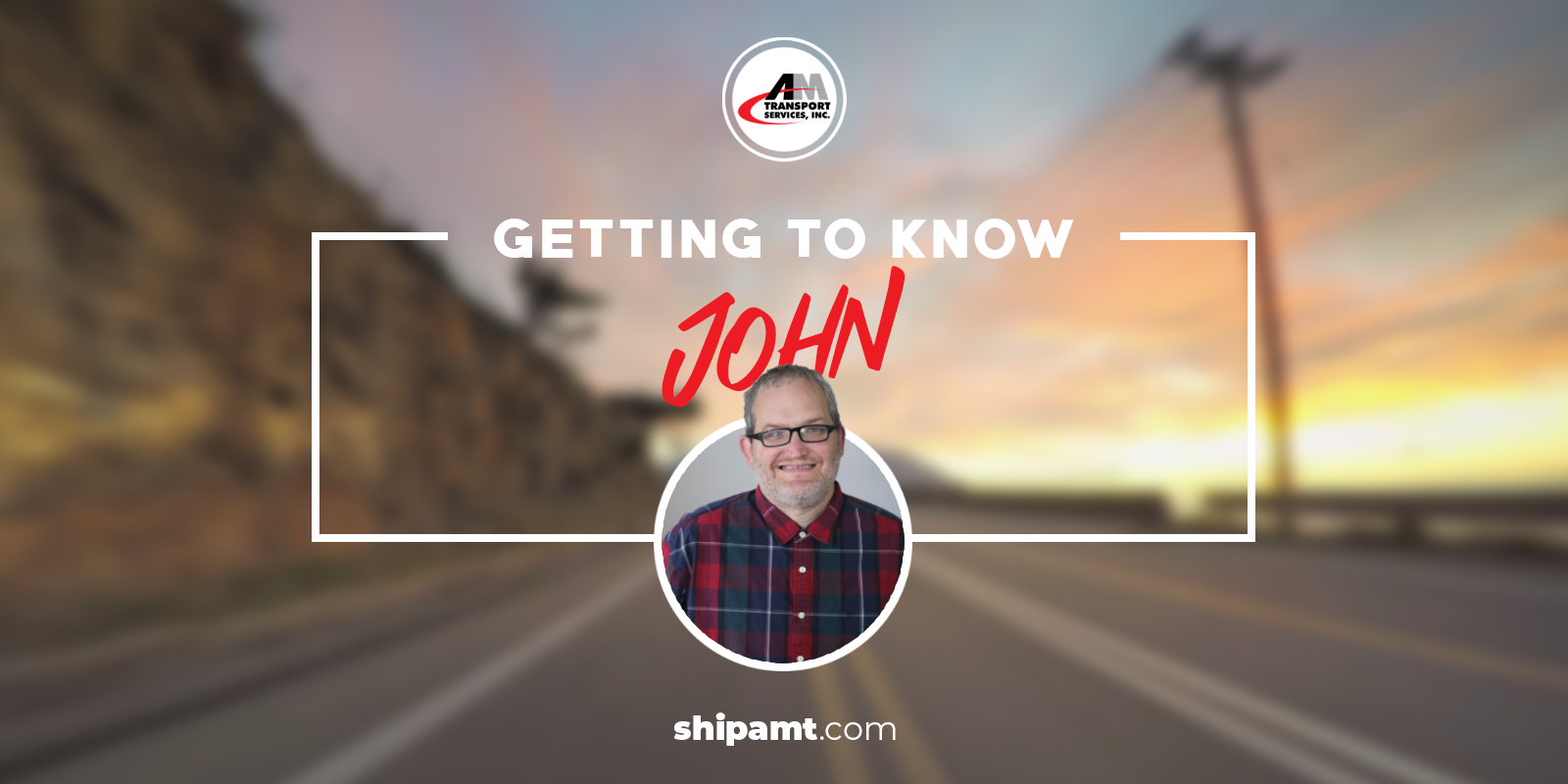 Getting to know John McKinney

You may know this guy as Moose–that’s what everyone around AMT calls John McKinney. John’s been at AMT since 1995. He started out in dispatch and he’s been dispatching ever since. He’s a company favorite, known for his quick wit and his way with words.

So you’ve been here a long time, John. Can you tell us a little bit about how things have changed during your time here?

First of all, I never thought I’d last for 25 years! Way back in the old days, we didn’t have a miler, we used a real map to run miles, and we had to write out rate confirmations.

I have more than a few. But here’s a good one. One day a guy named Fargue called from Bowling Green. He told Dave Marquart that he was going to come to Olney and kick his ass. Dave responded, “You need directions?”

So tell us a little bit about your family.

I’ve been married to my beautiful wife Heather for 20 years. She must be a saint to have put up with me all this time. We have a 14-year-old son, Malcom.

Are you a morning or an evening guy?

I’m a night person. I like to sleep in, but I never get to! I love to watch AEW wrestling on Wednesday nights!

I like summer best of all the seasons. I’m just a person who loves warmer weather. I love going south on vacation where it’s hot all the time.

I have to go with pizza. It’s just so darned good.

Neither! Soda or water.

Do you have a favorite childhood memory?

I guess I’d have to say the night my brother came home from hanging out with his friends. He was only five minutes late, but my mom kept rapping his head with a newspaper. I thought, “Man, I won’t ever be late when I get to go out.” I didn’t realize until much later that he wasn’t in trouble for being late, but maybe for partaking in some beverages . . .

What’s your favorite dish to take to a potluck or gathering.

My wife, Heather, makes the best corn dip you’ll ever eat. I always want her to make that!

Dogs. But we do not have any pets.

What’s your favorite thing about summer?

Going to Gulf Shores, Alabama with my wife and my son. We go every year, and every year we have an even better time than the year before.

What are you looking forward to?

If you were going to give your 12-year-old self some advice, what would it be?

If you meet a guy named Sam Rodgers, do not believe a word he says.