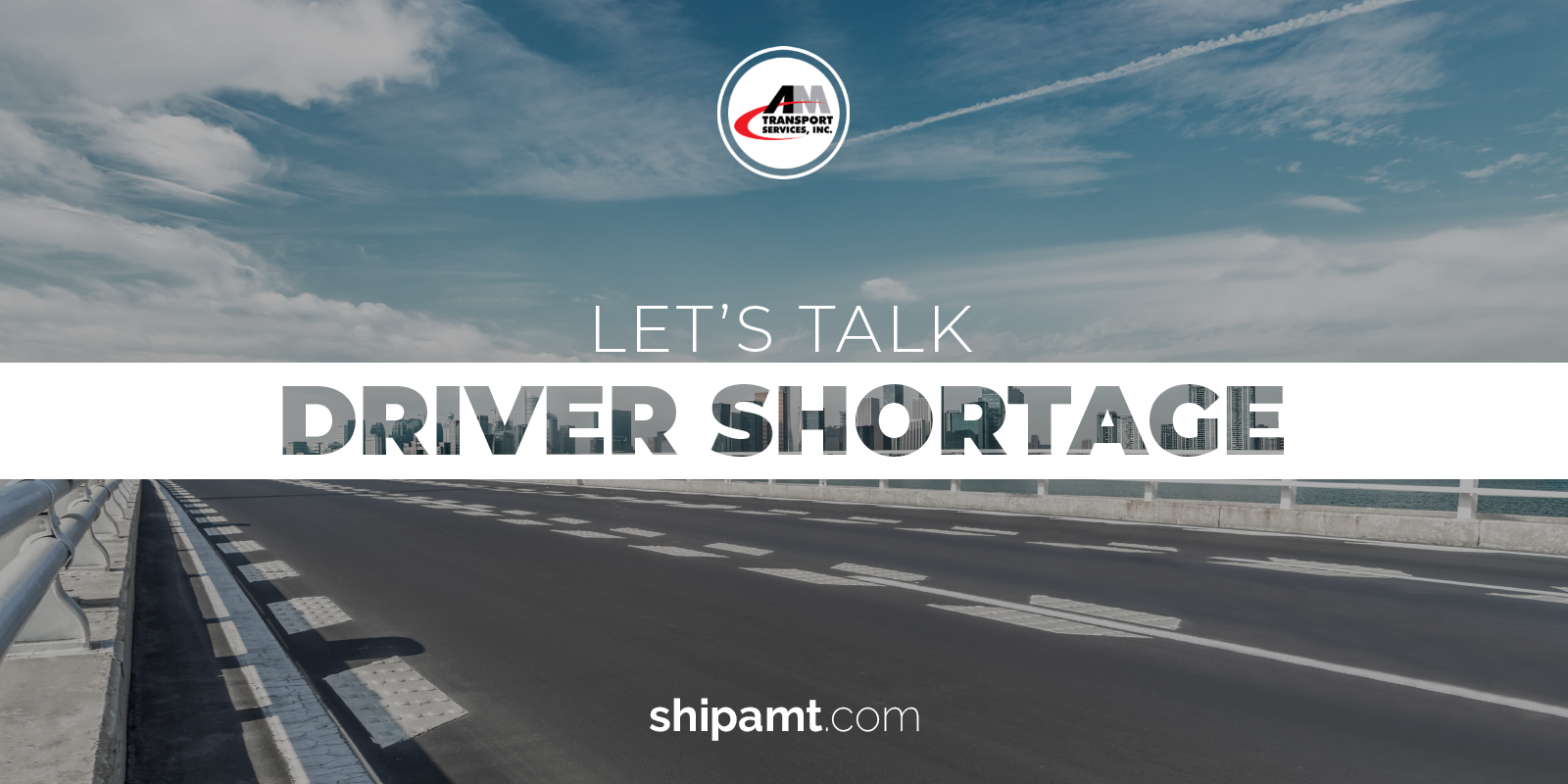 Here’s What You Need to Know about the Driver Shortage.

Is there a driver shortage?

It depends on who you’re talking to. In October, the American Trucking Associations’ Chief Economist Bob Costello asserted that the United States is short 80,000 truck drivers. Furthermore, a summary of Costello’s estimate said we could expect that shortage to surpass 160,000 by 2030.

When experts discuss the truck driver shortage, they often explain that long haul trucking is hard work. It requires drivers to be away from home for days or weeks at a time, to sleep in their vehicles, and to depend on rest areas and truck stops for nourishment and showers.

The average trucker drives anywhere from 80,000 to 110,000 miles or more in a year’s time. It’s a sedentary occupation–lots of truck drivers end up with health problems due to poor nutrition and lack of physical activity. And most of the time, the pay (and respect) isn’t commensurate with the importance of the job.

So if there is a shortage, it shouldn’t be a surprise to anyone. However, there are quite a few truckers and experts out there who say the driver shortage is a myth.

A recent article in Time magazine reframes the “driver shortage” as a “driver retention” problem explaining that “turnover for truck drivers in fleets with more than $30 million of annual revenue was 92% at the end of 2020, meaning roughly 9 out of every 10 drivers will no longer be working” for the same company in a year’s time.

Furthermore, according to the Bureau of Labor Statistics, there are 15% more truck drivers than there were ten years ago. However, today’s drivers are paid about 40% less than they were paid in the late 1970s, and that’s a problem. And it’s a well-known fact that companies that pay their drivers well have less of a problem holding onto truck drivers than those that don’t. Even so, there are approximately 2 million Americans working as licensed truck drivers and it’s “the most common job in 29 states” according to a report compiled from the Census Bureau. And with truck driving schools popping up all over, states are issuing approximately 450,000 new commercial driver’s licenses a year.

Todd Spencer, president of the Owner-Operator Independent Drivers Association says that “It’s just simple math. If every year there are an excess of over 400,000 brand-new drivers created, how could there possibly be a shortage?” And it makes a lot of sense. The argument is simply put and compelling–there are plenty of drivers out there, they just don’t keep driving trucks for a variety of reasons with low pay for long hours being at the top of the list.

What do the folks at AM Transport think about the driver shortage?

We work with the best small to mid-sized trucking companies in the midwest. These trucking companies have been in trucking for years just like the team here at AM Transport Services. For over 30 years, we’ve been building relationships with trucking companies that have exceptional safety records, high on-time pickup and delivery percentages, and low-driver turnover. Their drivers are experienced professionals who take pride in their work.

You don’t need to worry about the driver shortage; give us a call today for access to the best trucks and drivers in the business.