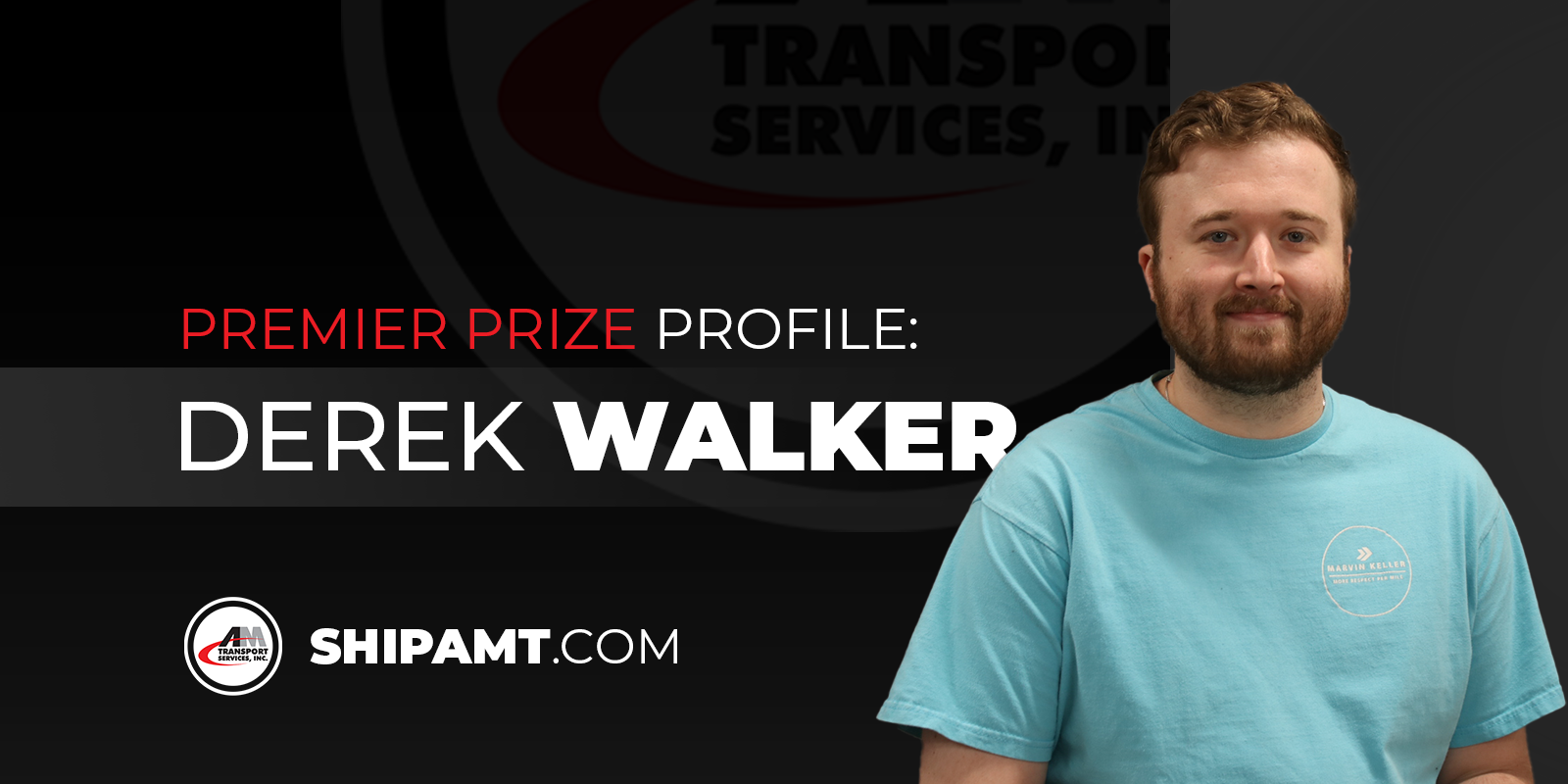 Here at AMT, we end every month with our Premier Prize Duck Race. First, everyone in the office nominates a couple of folks they think really exhibited the values of AM Transport in the previous month. As a company and a team, we’re committed to these values which are the scaffolding for everything we do here. If you’re nominated for the Premier Prize it means that you are 1) willing to take out the trash, 2) willing to do whatever it takes to get the job done, 3) are positively charged, and 4) know that we’re better together.

Every time someone nominates you for the Premier Prize, you get a duck in the race. You can have one or five or 10 ducks–it’s all dependent on how many times you were nominated. The duck race is a blast. We play it on the TV and watch the little ducks jockey for place in the race. The winner receives a gift card.

This month’s winner is Derek Walker. Derek has been at AM Transport for almost 2 years. He came on as a carrier representative and is now a customer service rep. He isn’t a big fan of talking about himself and was a good sport answering the questions for the profile.

My most enjoyable moment on the job . . .

Probably when Moose was directing a carrier that was late to a job-site first thing in the morning. I can’t put it into words, but seeing Moose fired up at 0630 was quite the scene.

Something I’m passionate about . . .

Learning: soaking up whatever I come across and trying to pass along a piece or two to the next person.

My favorite subject in high school or college . . .

History because I think it’s just as important to look to the past as to the future.

Read or spend time outside.

The restaurant I like to go to most often . . .

Lately, La Terraza Taqueria in Effingham Illinois. Just a food truck, but the best tacos you’ll find in the area.

If I could fly anywhere in the world today . . .

My grandpa. He’s humble, and I strive to have his emotional awareness.

The funniest thing that’s happened to me lately . . .

Moose offered to take me to the World Series when the Cardinals make it this year, and he has been shook since the All-Star break realizing he has to shell out for the tickets.

Fall: bonfires, camping, and no mosquitos.

If you could take only one book with you to a desert island . . .

The Book of Joy by the Dalai Lama and Desmond Tutu.

The best version of myself.