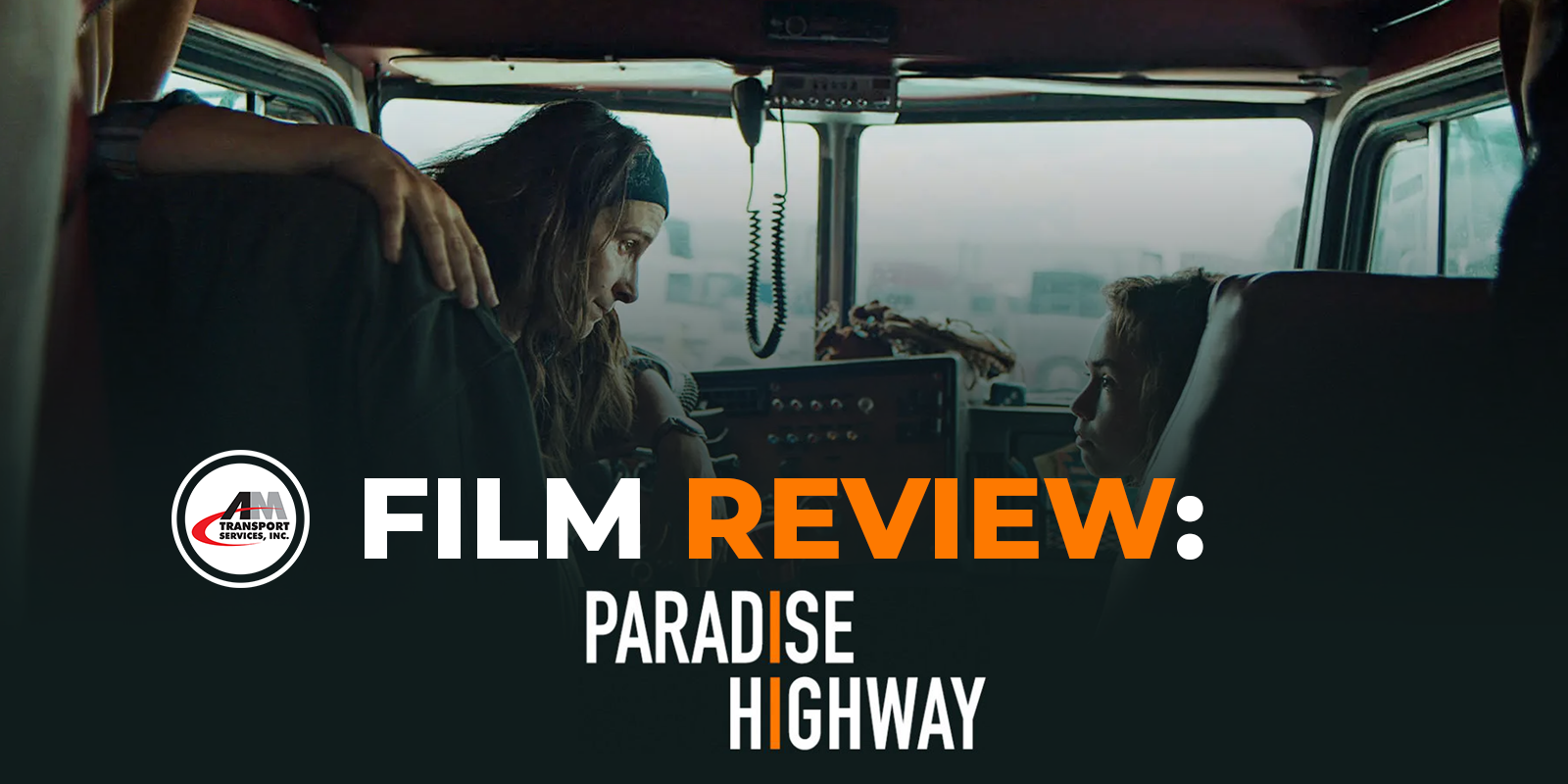 Paradise Highway is a great film, although reviews were, in my opinion, underrated. I view it as the perfect illustration of hardship, camaraderie, and trying times within the trucking industry. Not just from any driver’s perspective, but from the view of a woman truck driver. Pair this with the horrifying reality of human trafficking, and the storyline isn’t far from the truth.

When Sally, played by Juliette Binoche, finds herself entangled in a dangerous mess trying to help her imprisoned brother, not only must she protect herself, her rig and her freight as an Owner/Operator, she must also defend an even greater form of precious cargo.

Paradise Highway shines a light not only on human trafficking, but also on the dangers over-the-road drivers face. These implications highlight how women, specifically, must choose not to be victims of crime by making shielded decisions to protect themselves and one another. Truck drivers, kidnapped children, as well as adults who haven’t been able to escape due to addiction, abuse, and trauma are all included in the long list of victims.

Empathy, safety, and strong morals used over-the-road could save multiple lives as displayed in Paradise Highway.

If you’re interested in how you can become involved in the fight against the brutal reality of human trafficking, I urge you to find more information through Truckers Against Trafficking. Taking the time to watch the simple online training videos could change someone’s world.

Kaylyn Bergbower is a Sales Representative at AM Transport Services